Workers Are More Stressed Out Than Ever, Here’s Why

There is no shortage of things stressing American workers out. From long work days and commutes to family obligations, Americans are stressed out. A Gallup study found that eight out of ten Americans are afflicted by stress. This is unprecedented and pretty startling.

Do you know what the number one cause of stress is for Americans? Money! That’s right, the all mighty dollar, or lack of, is the biggest source of stress. In fact, 44 percent of Americans said money was the cause of their stress, followed by relationships and work.

“Regardless of the economic climate, money and finances have remained the top stressor since our survey began in 2007,” Dr. Norman B. Anderson, APA CEO and Executive Vice President said in an APA article. “Furthermore, this year’s survey shows that stress related to financial issues could have a significant impact on Americans’ health and well-being.”

The stress caused by money, or worry over finances is having a serious negative impact, especially for American workers. It is consuming people’s lives at home, and at work. Around 70 percent of workers said they stress about finances at work at least once a week.

This can lead to poor efficiency and productivity in the workplace, and create a toxic culture.

What’s causing money stress among so many Americans?

Statistics like these can stress anyone out, especially if you have a large amount of credit card debt, or student loan debt. What’s worse still is that less than 25 percent of Americans have a single dollar saved for an emergency.

These money stressors can have a detrimental effect on a person’s mental health. It can cause physical health issues as well. One study by LendingClub found that someone who has bad financial health will have poor physical health too. In fact, 60 percent of people who have financial stressors are less likely to get regular exercise.

Being stressed out about money can cause a number of mental health problems. Even some of the happiest people that fall into financial woes can become very depressed and be ridden with anxiety. In fact, not having money to pay the bills, or falling into debt due to borrowing money to pay bills can take a psychological toll. Decreased cognitive function, low self-esteem, anxiety, and depression can all be stemmed from money stress.

Being stressed out about money can have serious physical implications as well. For instance, studies have found debt to increase blood pressure. And when you suffer from a physical illness, money problems stack up even more. Did you know that Americans with high blood pressure spend $700 per year in treating the illness? Not to mention high blood pressure can lead to a heart attack.

A 2017 study published in European College of Neuropsychopharmacology found that people who were stressed out about money were more likely to have migraines. If you have ever had a migraine or severe headache, you know just how debilitating they can be. In fact, going to work is not easy with a migraine, and if you miss work, the financial stress can become intensified.

One of the most common physical health issues caused by money stress is stomach problems. Stress can be the root of a number of stomach problems, like ulcers and digestive issues. Researchers found that a person under a lot of financial stress is more at risk for getting an ulcer than those who are less stressed out about money.

Last but not least, stressing out over your financial well-being can cause a lot of sleepless nights. Nearly 70 percent of women and around 55 percent of men said they have trouble sleeping at night due to money stress. This can lead to other financial problems, because those who can’t sleep will often take a sleep-aid drug that costs a pretty penny.

What if you didn’t need to stress about money so much?

The above mental and physical health problems caused by stressing over money are pretty frightening. Being at risk for a heart attack alone is a clear call to action to stop stressing over financial issues. Of course this is easier said than done. But what if it isn’t?

RocketBNK earned wage access gives American workers access to the money they’ve earned whenever they want or need it. Unexpected bill? You can get money to pay it. Your child broke his glasses? You have it covered. You work a day, you get paid — It’s that simple.

Learn more about how RocketBNK can help you stress less and live more. Financial wellness is a click away, so contact us today. 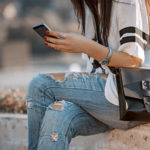 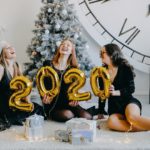